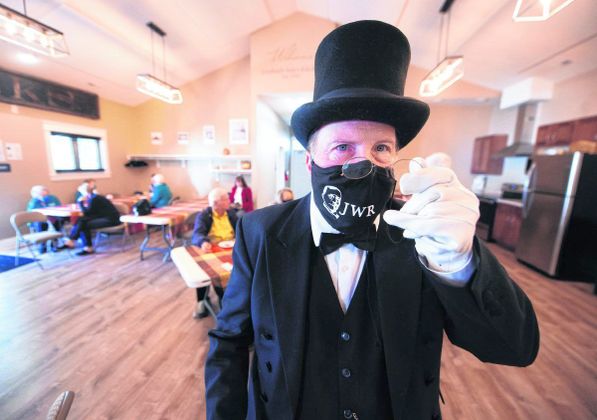 Speed City Author Jon Burroughs transformed into James Whitcomb Riley for the Hoosier Poet's annual birthday celebration on Saturday, October 3rd. Burroughs created four original poems for the celebration and did a one man show as Riley talking about the poet's life through anecdotes and poems. The Greenfield Daily Reporter covered the kick-off to the annual event on Saturday, which took place at the Riley Boyhood Home & Museum in Greenfield, Indiana.

This year's festival is simpler and socially-distanced, emphasizing local businesses and the history of Indiana's famed writer. 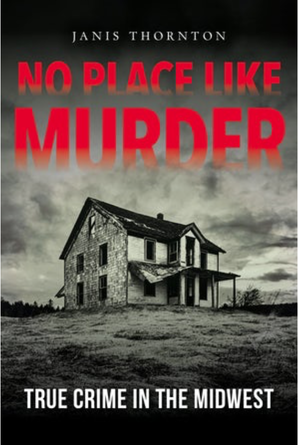 Released in September 2020 from Speed City's own Janis Thornton:
No Place Like Murder
True Crime in the Midwest
https://iupress.org/9780253052780/no-place-like-murder/

A modern retelling of 20 sensational true crimes, No Place Like Murder reveals the inside details behind nefarious acts that shocked the Midwest between 1869 and 1950. The stories chronicle the misdeeds, examining the perpetrators' mindsets, motives, lives, apprehensions, and trials, as well as what became of them long after.

An enthralling and chilling collection, No Place Like Murder is sure to thrill true crime lovers.

​Writing True Crime: Q&A with Janis Thornton
Journalist and romance writer Cathy Shouse interviews Speed City Sisters in Crime member Janis Thornton about her exciting new book "No Place Like Murder." A modern retelling of 20 sensational true crimes, No Place Like Murder reveals the inside details behind nefarious acts that shocked the Midwest between 1869 and 1950.
Member author MB Dabney’s short story “Black on Black in Black” was accepted for publication in the upcoming GUPPY anthology The Fish That Got Away. (The theme of the anthology is criminal plans gone awry or criminals who slipped through the net.) Congratulations, Michael!! Publication will be in March or April just before Malice Domestic in 2021. GUPPY is the online chapter of Sisters in Crime for new and aspiring writers. 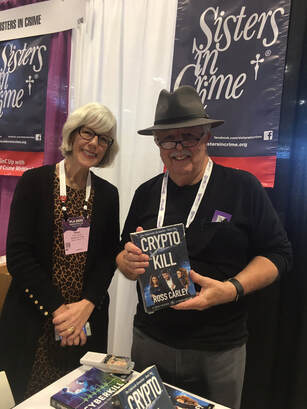 February 25-29, 2020
Over eight thousand people attended the Public Library Association 2020 (PLA2020) Conference at the Music City Center in Nashville. Shown with Ross Carley, member of the Indy Chapter of Sisters in Crime, at his book signing in the Sisters in Crime booth is Shari Randall, cozy mystery author from Connecticut, who is the National Library Liaison for Sisters in Crime. Ross donated signed copies of his first book to a number of libraries, and sold his other books, including the just-released Cryptokill, to attendees. Shari coordinated hundreds of volunteers who worked at the booth, and dozens of book signings there.