​Saturday January 23 Meeting
11:00 a.m. business meeting
12:00 noon - ​Speaker Gary Sosniecki
Uncovering a Deadly Family Secret: The Potato Masher Murder
​Retired journalist Gary Sosniecki, the great-grandson of the victim, worked at newspapers in four states during a 43-year career that included owning three community newspapers with his journalist wife Helen. He has received dozens of awards for journalism excellence from state, national, and international newspaper organizations including, with Helen, the Eugene Cervi lifetime-achievement award from the International Society of Weekly Newspaper Editors. Gary and his wife were inducted into the Missouri Press Association Hall of Fame in 2014. His book, The Potato Masher Murder: Death at the Hands of a Jealous Husband, is published by The Kent State University Press. 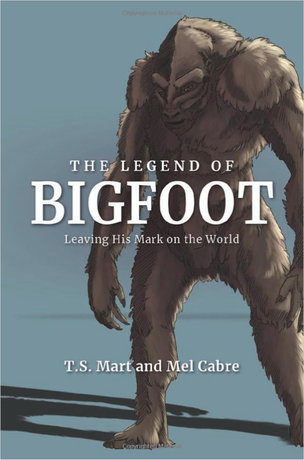 ​The Legend of Bigfoot: Leaving His Mark On the World available on Amazon
​
TAMMY AYERS, who writes under the name T.S. Mart, specializes in true-to-life stories that showcase ordinary people in extraordinary circumstances. She has background in social work and makes her home in a small Midwestern town, where she writes to inspire and entertain. Tammy owns and maintains the website cryptidworld.com, where she regularly post content about various cryptids, creatures, and fascinating creations.

​MEL CABRE is a digital creature designer and illustrator who is passionate about mentoring new artists and showcasing diverse talent. Constantly inspired by the uniqueness found in nature keeps Mel’s imagination alive. Tammy is based in Greenville, Ohio while Mel splits her time between Ohio and London, UK.

A Guide to Sky Monsters: Thunderbirds, the Jersey Devil, Mothman, and Other Flying Cryptids coming May 2021 from Red Lightning Books​
​Saturday March 27 Meeting
11:00 a.m. business meeting
12:00 noon -  Speaker
Author John Gilstrap
Whose Story Are You Telling?
This event will not be recorded for later viewing
​Saturday April 24 Meeting
11:00 a.m. business meeting
12:00 noon -  Speaker
Author Susan Crandall
Adaptation: From Printed Page to Big Screen
​Saturday May 22 Meeting
11:00 a.m. business meeting
12:00 noon -  Speaker
Author William Kent Krueger
What It Means to Be a Writer
A long-time friend of the Speed City Chapter of Sisters in Crime, Kent will join us virtually to talk about being a writer. After 20 minutes or so, he'll open up the program for a Q&A. 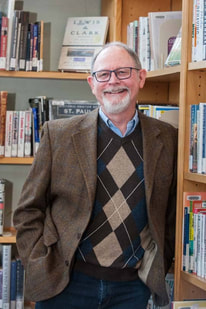 BIO:
Raised in the Cascade Mountains of Oregon, William Kent Krueger briefly attended Stanford University—before being kicked out for radical activities. After that, he logged timber, worked construction, tried his hand at freelance journalism, and eventually ended up researching child development at the University of Minnesota. He currently makes his living as a full-time author. He’s been married for over 40 years to a marvelous woman who is a retired attorney. He makes his home in St. Paul, a city he dearly loves.

Kent writes a mystery series set in the north woods of Minnesota, featuring Cork O’Connor, the former sheriff of Tamarack County and a man of mixed heritage—part Irish and part Ojibwe. His work has received numerous awards, including the Minnesota Book Award, the Loft-McKnight Fiction Award, the Anthony Award, the Barry Award, the Dilys Award, and the Friends of American Writers Prize. His last nine novels were all New York Times bestsellers.

Ordinary Grace, a stand-alone published in 2013, received the Edgar, given by the Mystery Writers of America or the best novel published in that year. Its companion novel, This Tender Land, his most recent release, was published in 2019. Coming this August is Lightning Strike, a prequel to Kent's Cork O’Connor series. It follows Cork in his adolescence, shortly before he turns 13, the year before his father is killed in the line of duty.
Saturday July 24 Meeting
11:00 a.m. business meeting
12:00 noon -  Speakers
Derby Rotten Scoundrels! on A Retreat to Move Forward
Jeanette C. Pope, Elaine Munsch and Lynn Slaughter from our sister organization - Louisville's Derby Rotten Scoundrels - will talk about their writing, their organization, and how a retreat has helped them move forward. 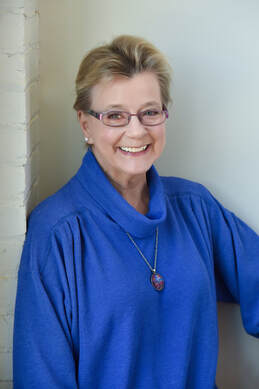 Lynn Slaughter
​Lynn Slaughter joined Sisters in Crime and her local chapter, Derby Rotten Scoundrels, shortly after completing her MFA in Writing Popular Fiction from Seton Hill University in 2016. She turned to writing young adult romantic mysteries following a long career as a professional dancer and dance educator. She’s the author of It Should Have Been You, a Silver Falchion finalist; While I Danced, an EPIC finalist; and the newly released Leisha’s Song. Her short story, “Missed Cue,” appears in Malice Domestic’s 2020 anthology, Murder Most Theatrical. The mother of two grown sons and besotted grandmother of five, she lives in Louisville, Kentucky where she is at work on her next novel.