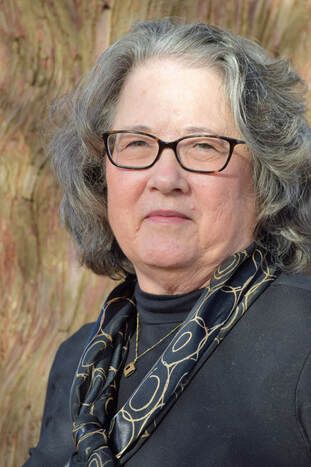 Chapter Guest Speaker October 22nd:
Elaine Munsch:  A Brief History of Women Crime Writers
​Elaine Munsch is a native of Cleveland, Ohio, but has spent her adult life in Louisville, Kentucky.  She graduated from Nazareth College of Kentucky located outside of Bardstown and attended The Ohio State University for her graduate work. She has been a bookseller for fifty years working in both large and small, chain and independent. She opened the first Barnes & Noble in Kentucky where she set up a mystery reading group which is still active today. She also taught classes in the mystery genre for the Veritas Society and joined the local chapter of Sisters in Crime.

​With Susan Bell, she co-edited MYSTERY WITH A SPLASH OF BOURBON, an anthology of bourbon related stories.

As E.M. Munsch, she writes the Dash Hammond series set on the shores of Lake Erie. The latest title, A HAUNTING AT MARIANWOOD, is set to be released at the end of October. 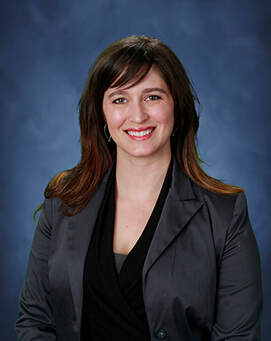 Chapter Guest Speaker September 24th:
Forensic Expert Ashley Luther
Ashley Luther is Forensic Biologist and supervisor for the Indiana State Police Laboratory in Indianapolis.  She conducts casework in serology, DNA, and bloodstain pattern interpretation.  She has been with the ISP laboratory for 14 years and was a casework analyst for the Utah State Crime Laboratory for two years prior to hiring on in Indiana.  While in Utah, she was also a member of the Crime Scene Response Team.   She has testified more than 40 times throughout the state and has completed more than 1,000 cases.  She has presented at several conferences and trainings across the country and is the current training coordinator for the Indiana State Police Laboratory.   In 2020, she was selected as the Forensic Scientist of the Year for the Indiana State Police.   She obtained her Bachelor of Science in Biology from Loyola Marymount University and is currently pursuing her Masters in Forensic Biology from the University of the Southwest.  When she’s not working, she loves to spend time with her husband, three kids, three dogs, 2 cats, and her Swiss foreign exchange student. 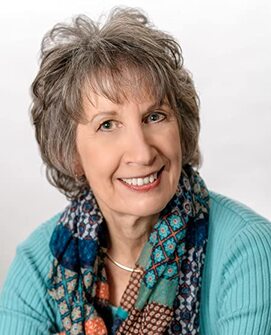 Chapter Guest Speaker August 27th:
Author Terry Odell
How I Became A Writer By Mistake—Or What Happened When I Ran Out Of Room For Needlepoint Projects

Join Award-Winning author Terry Odell as she talks about her unconventional path to publication and what she’s learned along the way.

​C. Hope & Gary W Clark
Writing Murder Right -- and Getting Paid for It

​Doyle Groves is a Staff Data Scientist at one of the largest providers of corporate information security.  There he studies things like characterizing the evolving threat landscape, communication behavior of malware in the wild, and ongoing efficacy of their sizable detection machinery.  Mr. Groves also serves two labs at Indiana University as Data Specialist and Teaching Assistant, where they apply text mining research to find signals in social media data, to further support public health and crisis management.

Steve Lodin is the Senior Director of IAM and Cyber Security Operations in Corporate Security at Sallie Mae.  Mr. Lodin is focused on managing identity and access management, perimeter security, endpoint protection, application security, vulnerability management, and threat intelligence to reduce risk and ensure compliance.  As an accomplished information security professional, Mr. Lodin has been published in numerous information security publications.  He has been a speaker at many security conferences, and one author conference.  He has a Master’s degree in Computer Science from Purdue University where he was a member of the COAST/CERIAS program.

Judy Copek was born in Montana, raised in Colorado, educated in Texas, and lived in suburban Chicago for years and now even more years in suburban Boston where she became a Red Sox fan, a Patriots fan, and a writer. An information systems nerd for years, she’s a survivor of Dilbert-like projects and other high-tech horrors. In her writing, she likes to show technology’s humor and quirkiness along with its scary aspects. She belongs to Mystery Writers of America, Sisters in Crime and The Short Mystery Fiction Society.

Russ Eberhart writes as Ross Carley. Ross’ fifth novel, The Three-Legged Assassin, just released, introduces Lance Garrett, a Middle East veteran and computer hacker who becomes an assassin to make ends meet.  It’s a different take on murder and mayhem in the world of international organized crime sex trafficking. Things are fine until he accepts a contract to kill a mob boss's daughter. What could possibly go wrong? Russ moderates the Speed City Chapter critique group. He is a Professor Emeritus of Electrical and Computer Engineering at IUPUI and a consultant in artificial intelligence and machine learning.
​
​Janet Williams, moderator the cybercrime panel, is an award-winning journalist who has worked as a reporter and editor for newspapers in Pittsburgh and Indianapolis in a career that has lasted for more than four decades. She has also worked in corporate communications and retired at the end of 2020 as executive editor of TheStatehouseFile.com, a news website staffed by Franklin College journalism students. Most recently Janet serves as president of Speed City Sisters in Crime, writes about legislative redistricting for IndianaCitizen.org, a nonprofit news website, teaches a journalism class at Franklin College and serves on the board of the Indianapolis Press Club Foundation.